Many people know what effect anabolic steroids are having on the human body, at least they think they know. After all, in fact, their action is not concentrated on improving the indices that are significant in sports - speed, endurance, muscular growth, etc. Not for nothing that they have been used for several decades in medicine to treat people, both men and women.

At the same time, many believe that the effect of steroids is mostly negative color, they say the potential benefit from their use is much lower than the damage that they can cause. We understand something with you that this is not so, for sure, if you use AAS correctly, but the opinion of the society is strictly opposite and is unlikely to change in the coming years.

Of course, the properties of steroids and their effects can provide increased sports results - they increase strength, endurance and many other characteristics of the athlete. But this does not mean that they are useless in other spheres. Take, for example, all the same medical practice. Few people know that almost all anabolic and androgenic steroids were originally developed for use here - in medicine, as well as in veterinary medicine, and therefore, there was no doubt about their usefulness, and no.

Today we are just talking about what effects steroids can exhibit, positive (we have already written about side effects, you can get acquainted with previous materials using the search on the blog), which of them are useful in sports, for example, in bodybuilding , And which can be useful in the treatment of diseases.

The Effect of Steroids on the Human Body

Continue our story without deviating from the main topic. So, it is known that in addition to the above-described improvements, the effect of steroids on the human body can also consist in increasing the ability to perform more voluminous and more intensive training. This ability is supposed to be related to the increased ability of the body to resynthesize creatine phosphate (abbreviated as KF). It is proved that without sufficient creatine phosphate our body, in particular muscles, is quickly fatigued, and the concentration of lactic acid passes all permissible limits. Also, if there is a lack of CF, there is an increased tendency to overtraining, which is accompanied by an increased disintegration of muscle tissue (increased catabolism) and other impairments.

Another useful effect of steroids is the reduction in the time required to recover from a workout or some kind of injury (this is the physical side of the question, about psychology - just below in the text). The fact that AAS drugs help slow down nitrogen excretion and protein synthesis just explains why a faster recovery is observed. By the way, this action of anabolic and androgenic steroids can help to recover not only after physical exertion and trauma, but also after operations, burns, and also diseases.

Of course, such an effect of anabolics, albeit indirectly, but still improves the effectiveness of ongoing training. Athletes have a more rapid healing of injured bones, ligaments, muscle tissues, a decrease in the number of muscle tears, sprains and fractures, which is always useful, especially with regular physical exercises. Loads.

We have already said that the action of anabolic steroids can lead to weight loss, to be more exact, to fat burning, but forgot to add that this is not the only way they can improve the quality of the athlete's muscles. What exactly are we talking about? The fact that, in addition to losing weight, steroids can also lead to better venous muscular sketching. This effect, incidentally, is associated with both an increase in the flow of blood to the working muscles, and with the improvement of the musculature from the outside.

Psychologically, this action of anabolics is first felt as a better filling of the muscles and is called pumping or steroid pumping. For your information: pumping is a phenomenon that gives an obvious cosmetic effect and increases the efficiency of muscles. More details about it you can read in one of our past materials, where we thoroughly understand its causes, effects and consequences.

It is also necessary to highlight such beneficial effects of anabolic and androgenic steroids as a reduction in pain associated with tendonitis and / or arthritis. Many athletes, and not only, note the presence of such an improvement. Moreover, this effect was and is an indication to the medicinal use of steroid drugs in medicine.

Favorable psychological effect of steroid preparations. When taking AAS preparations, such significant improvements can be observed, such as: a general psychological upsurge, an increased desire to succeed and train, increased motivation and purposefulness, increased concentration and increased tolerance (insensitivity) to pain, and many others. These effects, by the way, are significant not only in sports and for athletes seeking to achieve their goals, but also in everyday life.

Also, such anabolic and androgen action can be observed, such as improving muscle memory, strengthening the immune system, increasing the synthesis of growth hormone, increasing rates of response and reaction, increasing sexual activity (libido), and so on. Of course, many of the effects described above are not peculiar to all AAS, but only to some of them. And it's worth understanding. Using, for example, oxandrolone or stanozolol, do not expect from them an incredible increase in muscle mass. Or, conversely, when taking methandienone (methandrostenolone), do not count on the expressed burning of fat. 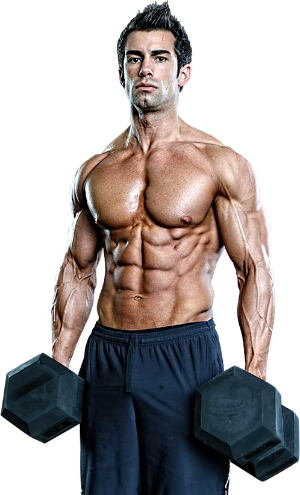